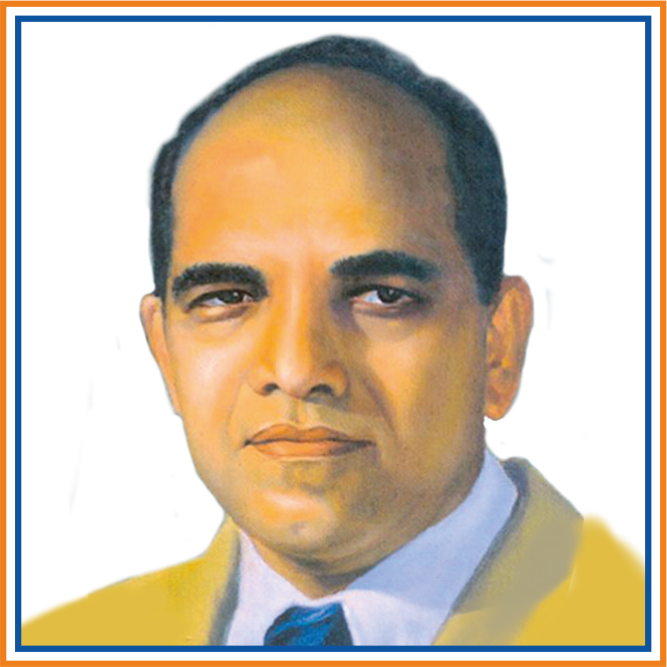 The story of Raja Travels is a Saga Spread over the last 45 years - a glorious march of how Man can transform a state of despair into resounding success and achieve Himalayan heights.
Mr. Raja Patil was born on February 7 1931. It was on August 15th 1962. The Independence day of our country. The independent organisation Raja Travels was established, since then the number of special trains and coaches were organised for various types of tours including Kissan special, Children special etc. During the eventful years of Raja Rani Travel Career they have so far organised approximately 1000 tours covering not only India to Kashmir to Kanyakumari. But the entire world from East to West and experienced more than 100,000 Clientele.
The salient feature of the working of Raja Rani are active participation of the propertiers, pin point perfection and expert approach in executing all schedules suiting to everyones taste and Budget. All this packed in the spirit of National spirit and Pride.
The most outstanding achievement of Raja Rani Travels was the Foray into their beloved Kashmir.
Tourism is the best key to National Integration and International Friendship was not just a Motto but something close to Raja's heart.
It is no wonder that he was unofficially beloved with title "Dost - E - Kashmir" 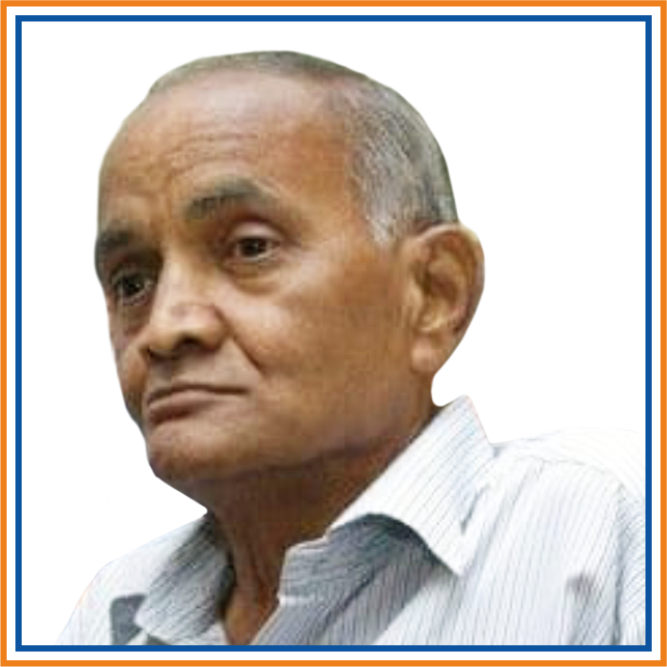 Mr. Guruji was a Commerce Graduate Student and he was with M/S Travel Corporation India Pvt. Ltd as an incharge of Railway department. Many of our members were booking Railway Tourists / Car/ Coaches / Special Trains for various types of Tours. Till 1968 There was worst competition among our members for booking Tour Coaches, etc. and were fighting among themselves for Various reasons and were facing financial losses. Hence Mr. Guruji had tried his very best to explain and convince all Tour operators to form an association of all tour operators in Maharashtra to bring Harmony among themselves. After many difficulties all tour operators have finally agreed to form Maharashtra Tour Organisation Association on 20th January 1969 under presidentship of Mr. H. K. Lala of Lala Tours in Mumbai. Mr. Guruji has thereafter taken keen interest in bringing solutions to various problems of our members who were facing from various Government Authorities including Indian railways. From 1969 till today he remains Active office bearer to various posts of Association and kept all our members United because of his sincerity and honesty he gains love from all members. 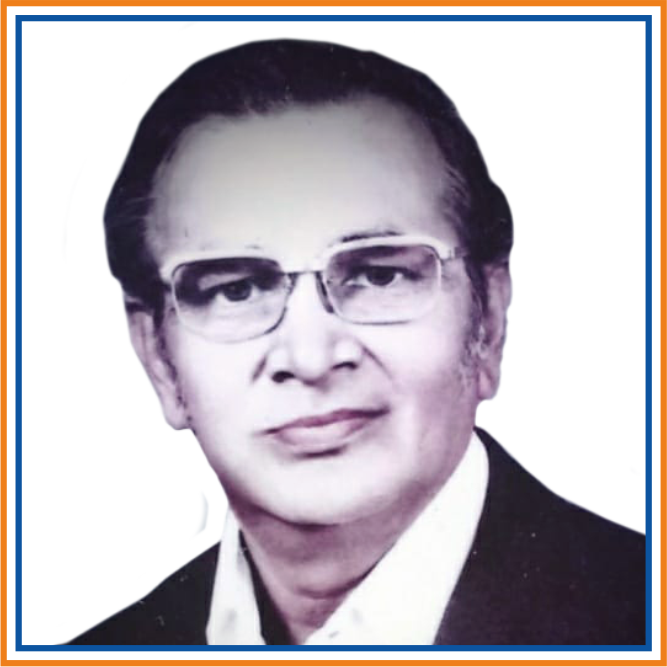 Late Shri Kantibhai Patani, a visionary was a leading tour organizer amongst the Jain community established Kantibhai Patani Tours (Pride of Gujarati Tourists) on 15.08.1967. He was a renowned social worker in South Mumbai and provided honorary services in different capacities to social organizations.
When organizing special trains was a dream for any other tour operator in 1968, in the very second year of his association with the business, Shri Kantibhai organized a special train for his NRI clientele. The special train had all first class coaches which moved around the whole of India for an All India Tour. After that, there was no turning back.
Shri Kantibhai was associated with the organization (MTOA) since its inception in 1969. His valuable suggestions, cooperative nature and ambitious attitude to deal with Indian Railway Authorities have been a very valuable contribution for the functioning of our organization.
Adding a feather to his cap of success, in 1972, when other tour operators had not even thought of foreign tours, Kantibhai Patani Tours successfully organized a 35 days Europe Tour for the Kolhapur Shroff Merchant’s Association. He laid down the valuable principles of organizing tours with honesty and loyalty. In his view, one must avoid internal competition of rates and provide competitive services to the tourists which would pay all of us in the long run.
At a relatively young age of 59 years, he unexpectedly passed away at 4.00 am on 19.10.1979. Nevertheless, his son conducted the Special Train scheduled for departure at 12.39 pm, just 9 hours after his sad demise. It was a tribute to his lifelong motto - "The Show Must Go On..." 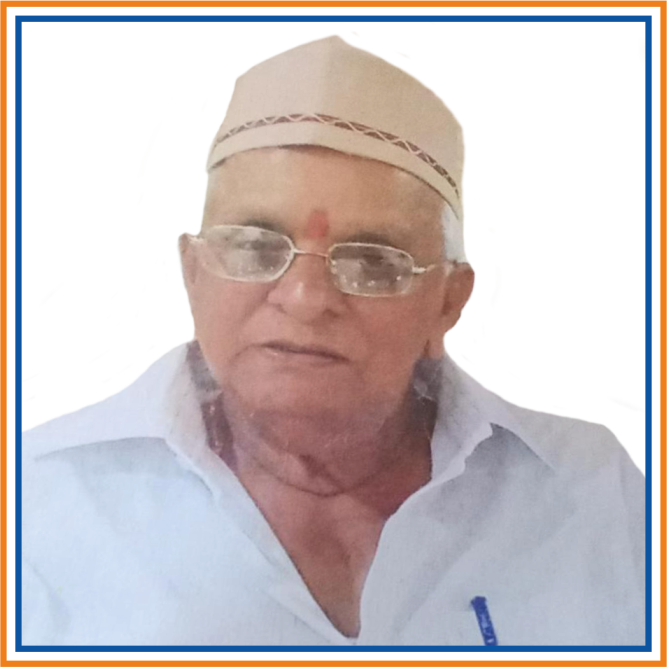 Mr. Sudhakar Mahajan was looking after his Family Business of MADHAVASHRAM' Lodging & Boarding, a well known institution and with homely atmosphere & food located near Prarthana Samaj, Giragaon, Mumbai.
In 1966 Mr. Mahajan was came into contact, one of the tour operator from Pune and our Ex-President . (Late) Mr. P.W.(alias) Dadasaheb Pakhode fo Kishore Travel Services. Mr. Pakhode open a branch office of Kishore Travels at Madhavashram.
Mr. Mahajan was accompanied with Kishore Travels Tours mainly Yatra / Pilgrim Tours and travelled all over India. Mr. Mahajan was inspired with the Yatra Operations and started his own travel company "Suyog Travels Services" in December 1970. His office was also at the same place.
In 1987 Mr. Mahajan was shifted to Dombivli and he started his business from "Madhavashram Mangal Karyalaya, Raghuvir Nagar, Dombivli (East) till date. Mr. Mahajan who conducted MTDC's Kashmir Tour and 3 Students' Special Trains successfully.
Mr. Sudhakar Mahajn is the founder member of our association and the Managing Committee Member for long time. He was mainly looking after the Associate members' Railway Coach, Special Train and all Railway Related problems till today. He was engaged on the Railways Various consultative commitee such as SRUCC, DRUCC, ZRUCC between 1974 to 1996 of Central Railway. 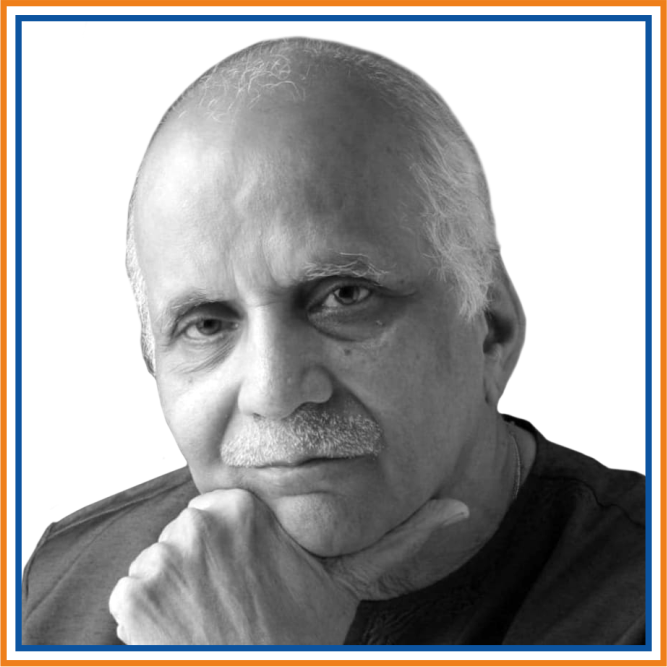 Name of the Company: ARADHANA TOURS
1952 To 1957, Owned A Petrol Pump - As A Dealer Of Standard Vaccume Oil Co. ( Hp ) In Hadpsar, Pune. In 1957, A Joint Venture Was Established With His Elder Brother Mr. Dattatraya M. Kirane As Jaylakshmi Yatra Company, In Pune. The Main Trend Of The Time Was - Religious Tours.
In 1961, Towards An Expansion Move, He Shifted To Mumbai. Opened A Branch Office Of Jaylakshmi Yatra Company At Girgaum, Gaiwadi.
In 1967, Got Married. And Then, Alongwith Mrs. Sheela Kirane, The Foundation Stone Of Aradhana Travel Services, Was Laid In Mumbai.Here To Convert Case.
Now He’s In His 80’s; Living A Reired Life Peacefully With His Wife & Grandchildren And Acting As A Mentor To The Company–Ardhana Tours Which Is Still Recognised As: Sau. Sheela Ani Sharad Kirane Ayojit Aradhana Tours which Will Complete It’s 50Th Year In 2017. 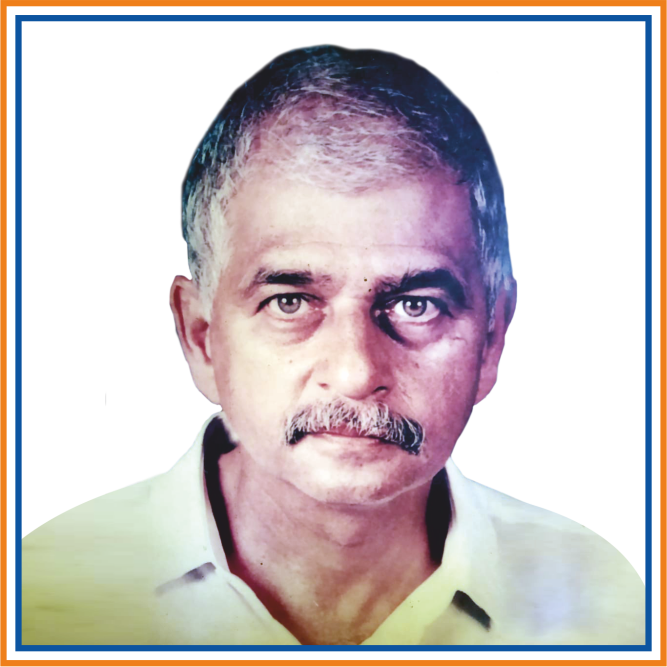 Kesari R Patil founded Kesari Tours on 8th June 1984, with just 100 sq.ft office and one clerk- typist. He had over twenty-three years of experience of working in a Traveling company and arranging Domestic as well as International tours on a very wide scale. In Order to give proper direction to his set goals and accomplish set objectives it was his wife Sunita, daughthers Veena, Zelam and sons Shailesh and Himanshu conceived the venture of launching Kesari Tours.
Kesari Tours took its first tour to Rajasthan went with 13 tourists. The clientele of Kesari Tours has been from the middle clan and upper middle class group and has remained with it with dedication and support and shown phenomenal growth in numbers over years.
Kesari has been rewarded with ISO 9001:2000 and OHSAS 18000:2007 certificates. Kesari is the first travel company in the world to get both these certification. 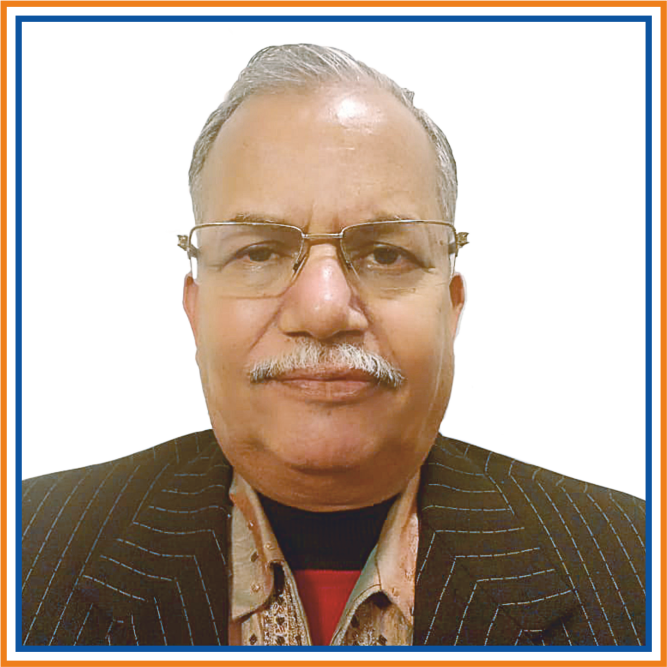 Mr. Prabhulal Joshi started his company along with Mr. Jitubhai at Vile Parle. He was very fortunate to have experience of working under Late Mr. Raja Patil. He is expert in handling and operating groups all over India and very popular with all hotel and service providers. Within short time Heena Tours was famous in Gujarathi Community. He has very good relations with various Government & International Tourism Boards as well Hotels owners. Always on toes to help anyone in Industry. He is associated with association for long time and hold various post. He is now president of Maharashtra Tour Organisers’ association. 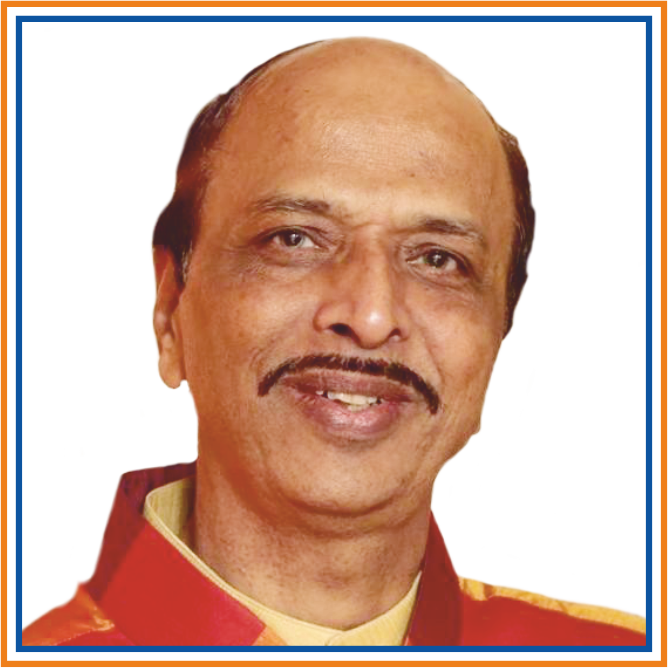 He has started his career in Tourism by conducting Kashmir Tour in 1976. He is hard worker and inspire of lot of difficulties, delivered best of possible services to the tourists which gave him name & fame in Kashmir. From 1981, he spread to other parts of tourist destinations. He has also stared conducting International tours, Holy Tours, FIT and MICE along with visit to Industries. The sole aim he has cherished in doing business is’’ Joy of Tourism – Tourism for Joy’’. The best of services & security of tourists was given prime importance by him. He has gone through the most of difficult situation while conducting Group Tours and with his patience and leadership quality he attended with great courage. These are the most satisfying moments in his illustrious career in Tourism. During this journey of career he has received many accolades & recognitions from the industry. 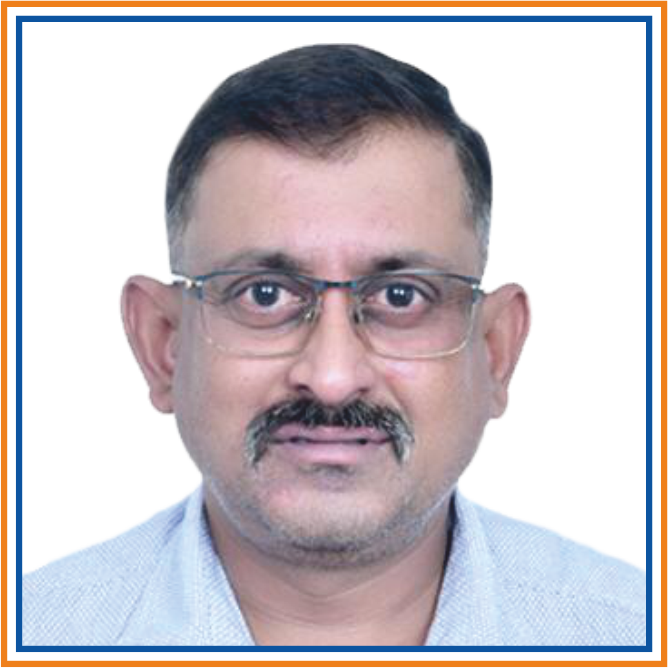 Mr Sanjay Tarase started his company Nishnai Travels along with Mr Vishvanath Lembhe in the year 2004. He is expert in handling Corporate, Government & Public Transport Department groups all over India and very popular and have strong business relations with all Fleet Owners across India. Within short time Nishnai Travels was famous in Corporate World. He is always on toes to help anyone in Industry. He is associated with MTOA for long time and always provides Vehicle on No Profit basis or sometimes FOC for MTOA FAM Tours.